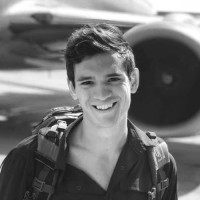 Check out Part I for a recap of the Australia leg of our trip!

After a lot of research and talking with some friends who had been to New Zealand, we elected to skip the North Island. It seems crazy, but three weeks didn’t give us enough time to get to both islands and the logistics of getting a campervan between the two gets pretty expensive.

Without further ado, here’s our route-

We started in Christchurch and drove counter-clockwise around the island. We rented a campervan (actually just a minivan with bed in the back) and started our drive! Campervans are all the rage in New Zealand and all the cool European couples rent one and loop the island. Seriously, New Zealand is for couples!

Here are some highlights.

Mary had a strong desire to do some ocean kayaking so we rented some for the day and struck out! We ended up kayaking a little over 6 miles and it was insanely hard. We kayaked around an island to see some penguins and on the way back we kept seeing a seal pop up. After a few minutes of paddling near him, we saw him breach and thrash around. A few seconds later, he popped up again. This time we could see what he was doing. He had an octopus in mouth and he was shredding it into smaller and smaller pieces!

Arthur’s Pass was a great detour for us on the way south. We hiked Avalanche Peak and ran into another day hiker about the same time we hit a pretty big snowfield. We kept seeing reminders that it was spring in New Zealand. We skirted the snowfield and summitted in some incredible winds. New Zealand is ridiculously windy!

Coming into Fox Glacier around some hairpin mountain turns, we blew out the tire of our minivan. Luckily, we had cell service because the spare tire in our vehicle was buried deep in the car’s soul. In addition, the only manual we had was entirely in Japanese and our rental company just told us to “Google it” when I called them. Anyway, we changed the tire and limped into Fox Glacier where we were waylaid for two days waiting for a mechanic to get two spares in to fix both of our bald tires. Silver lining, it was cloudy and rainy the whole time so we didn’t feel like we were missing too much.

Once we were repaired, we drove into Wanaka where we saw the most incredible cloudburst I’ve ever seen.

We hit a wonderful weather window in Milford Sound - one of the rainiest places on Earth! A few days before we arrived, avalanches had closed the roads and tunnels leading in and people were stuck for days. Luckily, we got in and out with no issues.

Because our tour was only a few hours long, we hiked to Lake Marian in the afternoon and sat by this gorgeous lake. When we arrived, we heard a low rumble and saw an avalanche let loose from the slopes of Mount Christina across the lake.

We drove back out of Milford Sound and camped by the shores of Lake Pukaki. Formed from glacier runoff, this lake has some of the most startlingly blue waters I’ve ever seen. We had originally planned on hiking to the Mueller Hut and spending the night, however poor weather and heavy snowpack prevented us from getting there. Instead, we did some day hikes. Everyone and their mother recommends the Hooker Valley Track. We hiked it along with 10,000 other people taking selfies for 5 miles and were getting pretty peeved by the end. Then we drove up the Tasman Valley to the Tasman Glacier Lookout and saw the milky blue waters of Tasman Lake and the incredible face of the Tasman Glacier (can you tell this Tasman guy is a big deal?).

We were winding down our trip by now and had just a few more stops. First up was Tekapo, home of more insanely blue waters and the famous Church of the Good Shepard. My grandparents had been there years ago but they’ve since banned photos (for the best, definitely). The lake is beautiful and the shore is covered with gorgeous flowers. We were told they were an invasive species but they make for incredible scenery. 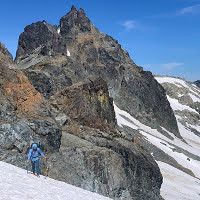 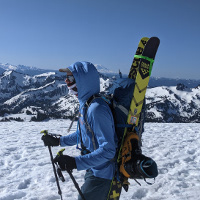 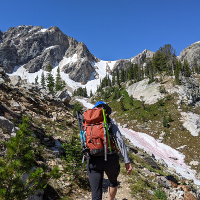 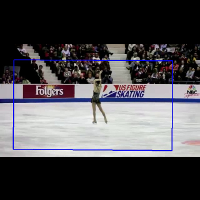